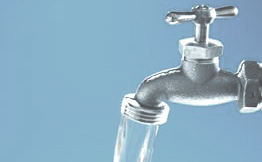 Kubu, unlike most of the island of Bali, suffers from serious water scarcity, making it dry and barren for most of the year. Prince Agung Ngurah is a leader who suggested that we assist with the construction of water tanks capable of collecting and storing rainwater for the domestic use of the villagers. Our team submitted the proposed project to the Alstom Foundation who agreed to fund the necessary materials, labor and transport. A contract was signed and construction began in February 2012. Our Bali-based team assisted with the project and the completion of 15 water tanks, which were dedicated on 15 September 2012. Inspired by the success of the project, our volunteers approached the New Zealand Embassy in Jakarta, which agreed to fund the construction of a further ten tanks. These tanks were completed in November 2012.
(No funds were given to or received by the Oneness-Heart-Tears and Smiles as is our policy.)